This article is about the area in Metrica Province. For the foe, see Wild Flame. 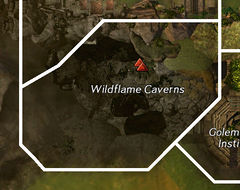 Wildflame Caverns is an area located in the southwestern reaches of Metrica Province. The cave is inhabited by embers which are the object of study of a local asura krewe.

Easily accessed in the middle of the cave 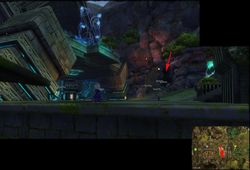 The entrance to the caverns

Anomaly:
The lava in this area, despite inflicting the related effect in the Dragon Response Mission, does not deal damage and can be safely walked through.
Metrica Province
Retrieved from "https://wiki.guildwars2.com/index.php?title=Wildflame_Caverns&oldid=2264251"
Categories: