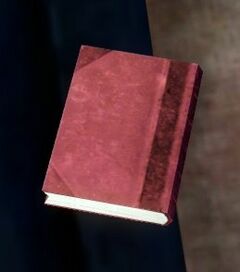 Tianni had schemed her way out of the Domain of the Lost, ducked and weaved across the Eternal Battlegrounds, and outwitted the Mad King himself—but now, standing at the divide between the Mists and Tyria, the afterlife and the life she'd left behind, all her scientifics brilliance was suddenly useless. But what drove her wasn't scientific, so she closed her eyes and leapt.

A strange tingling. A sinking sensation. Had it worked?

She opened her eyes. There, in front of her, was Zipp. Her Zipp. Who, even as he spilled Ooze Booze all over himself in shock, was still the most beautiful bookah she had ever seen.

With her feet firmly planted once more on the ground of Rata Sum, Tianni felt something new. Not relief. Not determination. But hope—true hope.