Domain of the Lost

Domain of the Lost 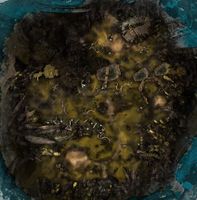 Map of Domain of the Lost

Type
Zone
Within
The Mists

Domain of the Lost is part of the Underworld. It is where those who died too traumatic a death and forgot themselves go. Before they can move on to their proper afterlife, they must recover their name and purpose in life, so that Grenth's servants can judge them. When one searches for their purpose, it takes the form of a white raven.

With Grenth's departure with the other Six Gods, his domain has succumbed to chaos like the other god realms.[1] Nightmares and demons make their way in, attacking and even consuming the souls present.