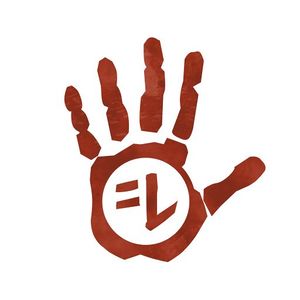 The Hamaseen are a criminal and smuggling group led by Zalambur and operate mainly around the Crystal Oasis. Locked Hamaseen Trade Caches are spread throughout the Crystal Desert, presumably awaiting pickup by their agents.

Leading a double life as the reputable owner of the Grand Sahil Casino and the leader of a smuggling syndicate, Zalambur oversaw the Hamaseen network which reached throughout the Crystal Desert and Elona from the northern Desert Highlands to the Isle of Istan. The organization had a mixed reputation; some feared its ruthlessness and did not want to implicate any of its members, especially Zalambur, while others saw them as friends of the people in the Free City of Amnoon.[1]

Despite their criminal activities, the Hamaseen also funded public works, donated to refugees, and kept candles burning at Kormir's temples. They also opposed Palawa Joko's ambitions, not wishing to fall under the lich's king's yoke which would disrupt their operations, and even bribed one of the members of Amnoon's City Council to promote their ideas while objecting to many of the Council's decisions and got Deputy Qais, one of the Cavaliers, into their pockets.[2]

After the Elder Dragon Mordremoth's death caused the levels of ambient magic to rise since 1328 AE, a few of the Hamaseen agents such as Agasaya and Zelke the Shameless were subjected to the released magic and became ley-crazed as a result with bounties placed on their heads. In Amnoon, the Hamaseen threatened the Amnoon Water Authority in hopes of forcing Chief Hazim to buy into their protection racket, and were implied to have been responsible for the death of his predecessor.[3]

In 1330 AE, the invasion of the rogue god Balthazar's Forged army disrupted the trade in the desert region, including the Hamaseen's smuggling operations. The arrival of a delegation from Central Tyria, which included representatives from the Consortium and the Black Lion Trading Company, allowed the Hamaseen to negotiate a deal: in exchange for the trade companies providing Zalambur with goods not found in the region, the Hamaseen would let them access to a number of customers.[2] After saving Zalambur's life from Joko's enforcers who raided the casino, the Pact Commander coerced the Hamaseen into providing intel on Balthazar's movements as well as the location of Scholar Glokk who was knowledgeable about the mysteries surrounding the Elon Riverlands.[4]

Following Balthazar's demise in the Battle of Kodash Bazaar, tensions between the Hamaseen and the Council lessened to an extent, especially if Chief Councilor Imann had chosen Amnoon to stay independent. The Hamaseen, represented by Zalambur, began further trade negotiations with Lion's Arch, represented by Captain Ellen Kiel.[5]

When a Brandstorm conjured by the Elder Dragon Kralkatorrik hit Amnoon, Imann, Zalambur, and the Pact Commander's allies from Kryta evacuated a number of civilians via airship while the Commander, local defenders and the dragon Aurene fought off the Branded. Facing a common enemy, the Hamaseen and Cavaliers set aside their differences and fought together against the dragon minions although some of them were corrupted into Branded before the invaders were defeated.[6]