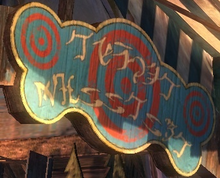 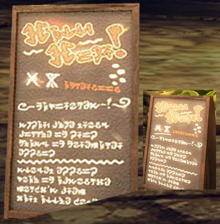 ) is the standard alphabet used to write the Tyrian language by the majority of races and cultures in modern day Tyria. Every Tyrian citizen has the opportunity to learn, to read, and to understand the New Krytan alphabet, as it is a universal means of communication between races.

New Krytan was designed by the Durmand Priory as a compromise between the Old Ascalonian and Old Krytan alphabets and accepted as an official language in 1105 AE.

Over the past 220 years, New Krytan has become the standard writing system in Tyria and is used widely throughout the human kingdom, the asura colleges, and by the norn. The Durmand Priory set out to promote literacy and make the use of the new alphabet commonplace, so that all intelligent beings could understand the new language appearing all around them.

Though New Krytan is the same all through Tyria, there are at least three confirmed styles of writing you can find. The game uses different variations of a base New Krytan script depending on which race wrote the text:

There might be a fourth style for norn writing, but it has not been confirmed or described. 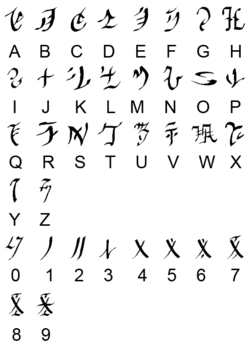 A stylized form of New Krytan

Being able to read New Krytan is not a compulsory part of playing Guild Wars 2, but much of the written language found in the Guild Wars 2 world will be in New Krytan. Uppercase characters only differentiate themselves from lowercase in size. New Krytan reads from left to right and can be transliterated to English using the following substitution cipher: