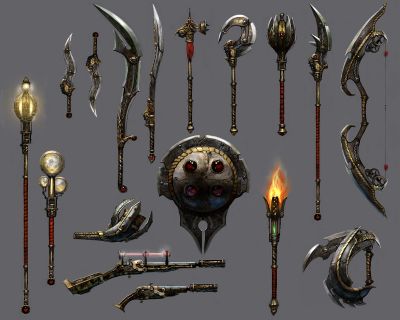 Whisper's Secret weapons are a weapon set available for members of the Order of Whispers.