Storyteller: Melandru is an achievement available in Siren's Landing, which involves collecting pages from the Parable of Melandru throughout Melandru's Reliquary. 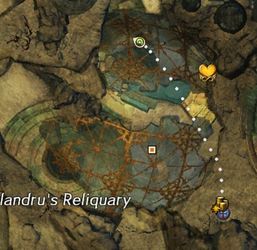 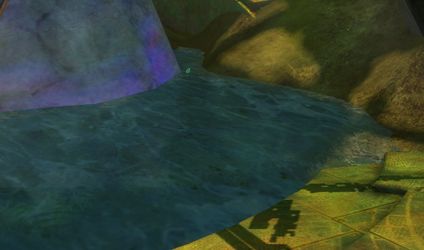 Just beside Melandru's statue in water.

"One day, the goddess Melandru came upon a den of foxes, and she heard within the hungry cries of kits. She bent her ear to the ground and learned that the mother fox had been killed by a farmer" 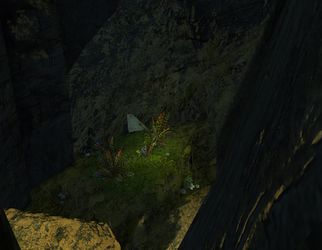 South of the Kelp Rock mastery point, there's a large red fern/tree. Jump up on the rocks behind the fern, and run south to find a ledge with a little grassy patch.

"The cubs were doomed to starve to death, and thus was the way of nature. Melandru sought out the farmer, and asked him why he had killed the fox, thus condemning its kits to sure death." 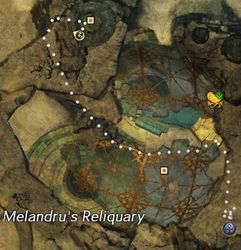 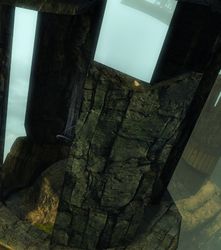 Near the top of Watchman's Roost. Take the two updrafts and you'll see it on top of a broken pillar.

"The farmer explained that the fox had killed one of his chickens, and therefore he had taken his vengeance upon the fox. 'Thus,' said Melandru, 'is the way of nature.'" 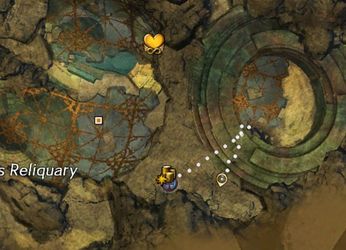 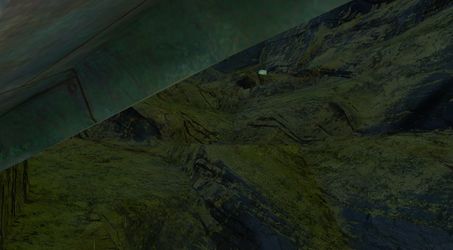 From the south-eastern shrine, run to the broken dome to the north east. Standing on the circular stone ledge, jump down to the dark gray rock just below the edge of the broken glass. Hug the inner ledge and glide across to a cave formed by the underside of the stone to find the page.

"Later that year, the farmer prayed to her, calling her name in his darkest moment. In his presence, she saw that he was in mourning and asked what had happened." 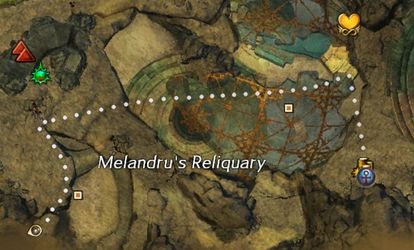 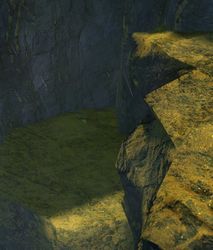 On a ledge just across from the ramp up to the Kelp Rock mastery point.

"'Wolves,' he said, 'have taken my daughter. Can you not bring her back to me?'" 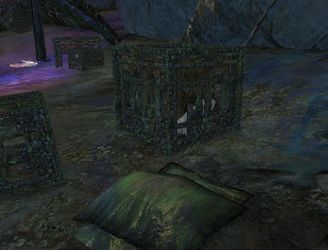 Located in the southwest corner, dive into the water and emerge in a hidden grotto. The page is in a box (near page 1 of Dwayna).

"Melandru was not unkind as she said, 'No. Thus is the way of nature.'"