Storyteller: Lyssa is an achievement available in Siren's Landing, which involves collecting pages from the Parable of Lyssa throughout Lyssa's Reliquary. 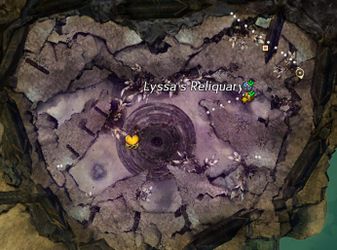 In a crevice behind a tall, colorful red and blue tree on one of the highest tiered ledges accessible by portal, with three botanists nearby.

"From out of the darkness, there stepped a child into the campfire's light. And she said, 'I am Lyssa, and I have come to teach you what is illusion and what is truth.'" 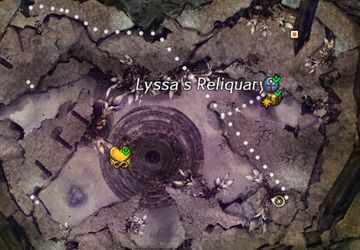 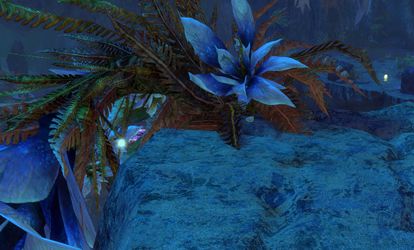 Up on a ledge accessible by glider from an adjacent updraft, near two orbs of unbound magic.

"But the soldiers there did not believe her. They laughed and said, 'If you're Lyssa, then show us your beauty, for we can surely use it on this dark night. We have lost hope that this war will end.'" 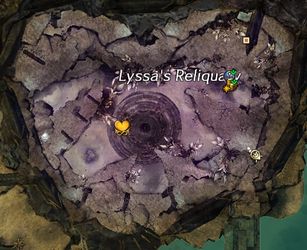 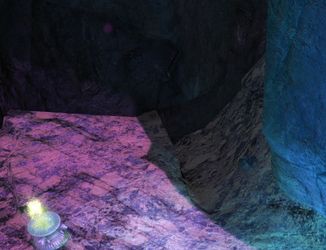 Found in a little divet in the corner of one of the ledges accessible by portal, with a peninsula and corrupted well. You can jump down to this one from page 2 or follow the updraft next to it to easily access page 2.

"The child approached, and her smile held divine grace. 'Share your food with me, and in return for your kindness, I will show you beauty the likes of which you will never see again.'" 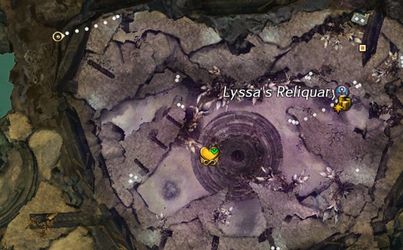 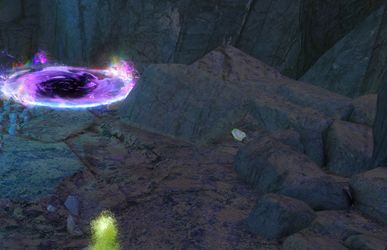 Next to a portal on the island below the large circular arch in the north west corner of Lyssa's Reliquary.

"And so the kind soldiers did, and the child ate with ravenous hunger. When the last bone had been tossed aside, and the last bean swallowed, the child began to skip around the outside of the campfire." 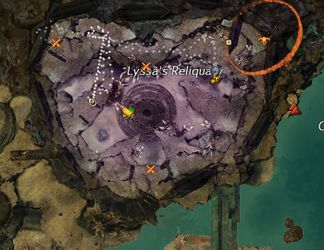 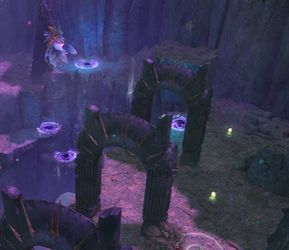 On top of the middle of the three archways on one of the mid-tier ledges. Take the updraft accessible on the ledge to the north.

"She touched each man on his head, one at a time, as they laughed and jibed her until, one a a time, they fell into a deep slumber." 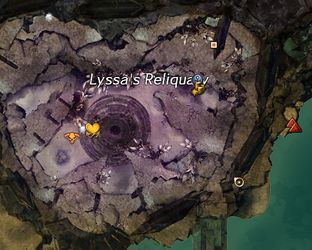 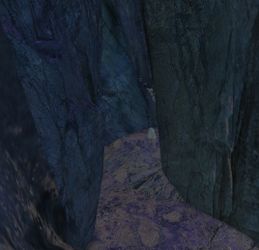 Tucked in a crevice on a small cliff's edge with large red ferns facing the Choking Depths. Can be accessed from an updraft inside Lyssa's Reliquary if you get on to the cliff above page 2, then drop down on the other side.

"Each man dreamed a different dream, but each dream was a vision of the life they would lead once the war was over -- wives, children, riches, open air, health, and peace." 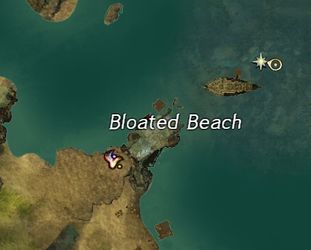 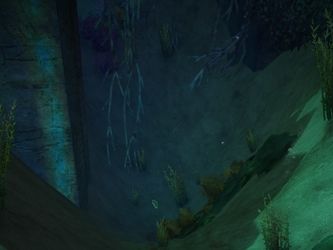 Underneath a sunken chunk of the bridge the unbound magic vendor is standing near. Head straight north east from the dock and dive deep.

"And when they awoke upon the morrow, the child was gone and the enemy had arrived. They fought joyfully, with all their might, because they all remembered their dreams and knew they would win the war." 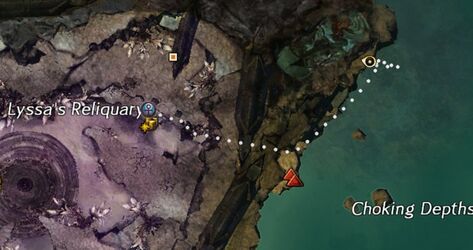 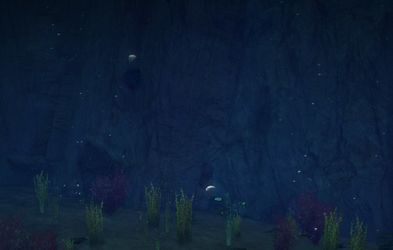 In a small crevice underwater along the cliff side, in the Choking Depths.

"Each man put his heart and soul into the battle, and each man, one at a time, was slaughtered."