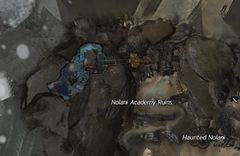 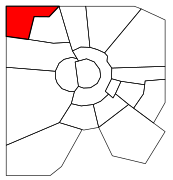 The Nolani Academy Ruins is an area in the Black Citadel. None of Ascalon's academies of magic remained intact after the Searing. In its prime, the academy in Nolani was known all across Tyria as one of the most prestigious schools of magic on the entire continent. Ambassadors from Orr and Kryta often made special arrangements to have their children study here, even though they were not of Ascalonian descent.

The ruins is home to the Thorn Reliquary, an ancient artifact in which the Bloody Prince Thorn was sealed by his father, Mad King Thorn and later resealed permanently by the Magister Tassi and Pact Commander.