One of the many exciting features coming in the April 2014 Feature Pack is the new Wardrobe, an account-wide system that allows you to collect every skin in the game!

Guild Wars 2 has a tremendous variety of gear to collect. From vanity skins to gear with specific stats to all manner of beautiful armors and weapons, there are a lot of ways to customize the look and function of your character. But currently, it can be a little overwhelming to try to sort through it all and choose a look and feel. Our answer to that is the Wardrobe, which makes it easy to customize your look at any time and to share cosmetic items across all the characters on your account. 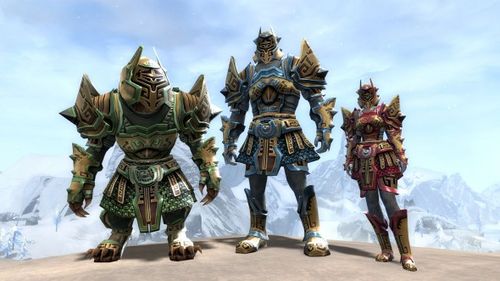 When you log in after the April 15 release, you'll see some big changes. In your Hero Panel, the manner in which you equip different stat gear will remain the same. However, you'll also see the Wardrobe tab, which collects every armor and weapon skin you unlock in the game on any character on your account!

The Wardrobe tab is the home of our new simplified transmutation system. When you're in the Wardrobe tab, you can select skins to apply to your weapons and armor to update your look without losing your awesome stats. You'll be able to preview your look right there in your Hero Panel and click "Apply" once you're satisfied with your look to lock in your changes with Transmutation Charges. It's as simple as that! 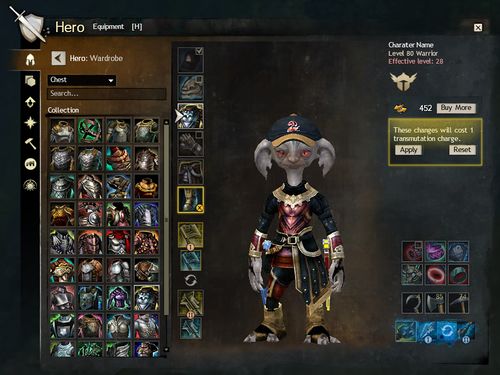 Another addition to the Hero Panel is the Dye tab, which has received some significant updates. We're really excited about the updates to the dye system, which Curtis Johnson has talked about in detail.

To talk about our approach to designing the account Wardrobe, here's Kate Welch, UI artist.

The Wardrobe system has been a very exciting project to work on, one we feel will really enhance your in-game experience!

We started thinking about the Wardrobe by examining what features currently felt disconnected—the skins that were cluttering up our banks, transmutation Crystals and stones, and the transmutation UI itself, to name a few—and thought of them as puzzle pieces that we wanted to assemble into a better, more unified solution.

The Hero Panel already allows you to equip your armor and weapons, so we decided to use that as a jumping-off point to create a one-stop-shop wardrobe-modification system. We had just one question to answer: How can we make this system smooth, painless, and fun to use?

Everybody interacts with the Equipment tab frequently, whether they're experienced Fractals runners or newcomers just learning their way around Tyria. We wanted to make sure that adding the Wardrobe feature would cater to all types of players without colliding with their current play styles. It's a delicate balance. 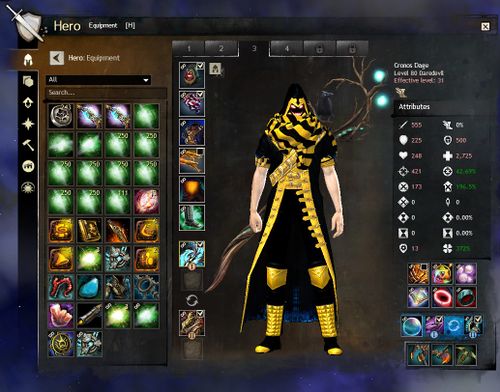 We designed the Wardrobe to be expandable going forward, which can be tricky for an MMO whose development environment is constantly evolving. Our plan is to continue augmenting the Wardrobe system, and our current design opens up a lot of possibilities to do that in the future.

The best part about working on UI is putting ourselves in the role of the player and trying to invent new interfaces, large and small, that will make our game more enjoyable to play. Hopefully your time in Guild Wars 2 gets a little more enjoyable with the Wardrobe!

Now I'm going to hand it off to Ryan Diederich, one of the programmers who worked on the Wardrobe system.

The Wardrobe has been a long project in the making. I've personally been working on it since the Wallet was released. It's been quite an undertaking to transform our original transmutation system into a much more user-friendly and intuitive system. The PvP team had solved some portions of the problem with gear lockers, but we've been making strides to try to unify game modes and progression for players who like alts, so we needed something bigger. 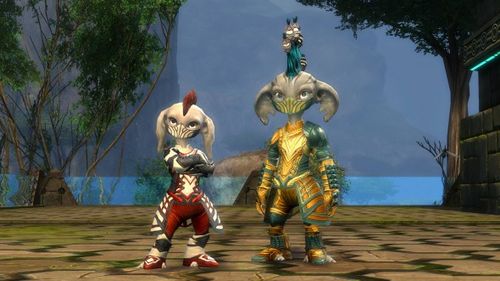 We remade the system from the ground up, finding the best user experience for both designing your look and setting out to make that look a reality. Here are some areas we wanted to improve on:

For the Wardrobe, we've changed skins to an account-wide unlock system. Skins can be unlocked by using consumables, equipping items, salvaging equipment, or right-clicking on equipment and account-binding it. Items that you acquire that are already bound to your account automatically unlock their skin when they go into your inventory. Unlocked skins can be applied to items infinitely (for just one Transmutation Charge), which makes it much less stressful to try out a new look for your character, since you can always switch back!

When the feature pack is released, log in with each character on your account to unlock all of the skins bound to that character.

If you have an item that has gone through skin progression, like a legendary weapon or one of the Spinal Blade backpacks from the "Escape from Lion's Arch" and "Battle for Lion's Arch" releases, you will unlock all of the skins in that direct line of progression. That means that if you made Twilight, you will have access to both the Twilight and Dusk skins across your entire account. If you've created the Dynamic Tempered Spinal Blades, you'll unlock that skin and all previous Spinal Blade skins.

Town Clothes sold through the gem store as outfits, such as the Pirate Captain's Outfit, will be usable as a single outfit skin through the Wardrobe. Purchasing an outfit will unlock it for all characters on your account to use. Outfits will replace the look of equipped armors, are equipped in a separate appearance slot, and do not require Transmutation Charges to use. Single items, such as the Fuzzy Hats and Scarlet's Spaulders, will be unlocked for your entire account and usable with any armor weight. Some basic clothing items that are no longer available for purchase will be converted into endless tonics. 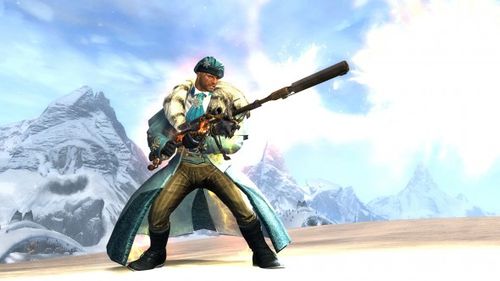 The old transmutation process had a very high barrier to entry. The system was also destructive, since it required you to use two items to make one new combined item. Sometimes this meant losing the art on one item forever, and it still cost a Transmutation Crystal. Now, with our new paradigm of weapon and armor skin unlocks, seeking out all the possibilities for that perfect look feels better than ever!

Use a Transmutation Splitter on any transmuted items if you want to have access to the stats of both components. For example, if you transmuted a high-end piece of gear with a white item to get around soulbinding restrictions, you'll probably want to use a Transmutation Splitter to retain the stats of the high-end gear, now that you'll be able to give that appearance to any character on your account.

Even when I started working on this project, I had absolutely no idea what to expect on how many different skins there are in the game. The PvP locker was a good starting point with about 2,000 skins, but it didn't include everything. We've made the Wardrobe in the Hero Panel show you every unlocked skin you can apply to a piece of gear, so you know what you're capable of looking like. If that wasn't enough, we've updated your bank with a Wardrobe Storage vault that includes every skin that you could potentially unlock! In that tab, you can sort, filter, and search to see not only the skins you have access to, but every skin available in the whole game. This makes it simple to look through every option open to you to find the look you really want. I've lost several hours to just clicking through all the skins that I didn't even know existed, and I even ran out to collect my favorite newly discovered skin! 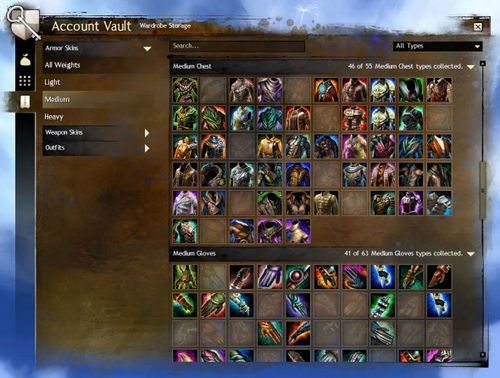 In the past, planning out a whole look, including correct dyes, could be difficult. In the new Wardrobe, you can set up all of your skin preferences and adjust the dyes on each individual piece before committing to the changes! We've also made a small adjustment so that just hovering over armor dye channels will show you what applying your selected color will look like. This will help both with matching dyes across different armor skins and with making sure that you apply your dye to the proper dye channel.

That's it for the Wardrobe today! Be sure to learn all about our improved dye system!