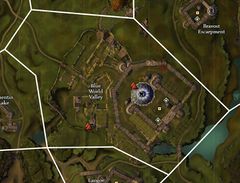 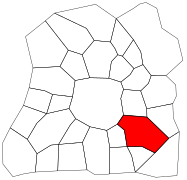 The Blue World Valley is one of the three keeps in the Eternal Battlegrounds. Because it is so close to the Blue World Hill, it is often controlled by the blue team.

Blue World Valley Waypoint — (has to be built)

Just outside the keep, in the ruins.

On the top of the tower. 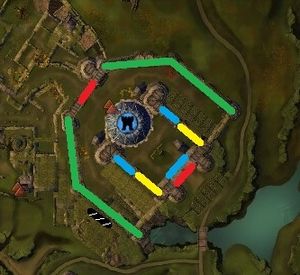 There are two outer gates (red), one under ground outer gate (black/white), three inner gates (blue), as well as an outer wall (green) and an inner wall (yellow). The gates closest to Blue World Hill are called double doors and are an easier access point for the blue team.