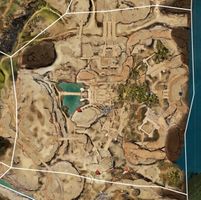 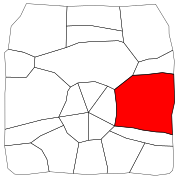 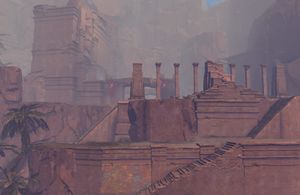 Osprey's Palace is the Air Keep of the Red Desert Borderlands. It is located on the eastern side of the map and it is surrounded by three Shrines of Air. 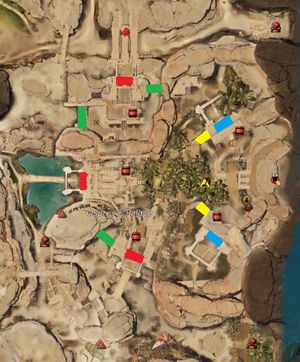 There are three outer gates (red), two inner gates (blue), as well as an outer wall (green) and an inner wall (yellow).