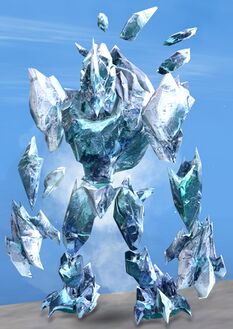 Keep Bamm safe while he gathers components for his engineering (28)

Anomaly:
The Veteran Ice Elemental that spawns during the event Help the norn defeat the grawl's ice elemental god has a different ability listed but does not use any different skills.
Ice Elemental