This article is about the raid boss. For the allied NPC, see Desmina.
Spoiler alert: The following text contains spoilers relating to Hall of Chains. 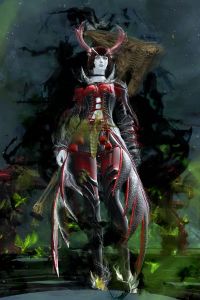 Your rotten soul is mine!

The Soulless Horror is the first boss of Hall of Chains raid wing. It is the body of Desmina after she severed her spirit from it to avoid being corrupted. Devoid of spirit, the Soulless Horror acts only on anger and instinct.

Section-stub. This key section of the article is incomplete. You can help the Guild Wars 2 Wiki by expanding it.
Reason: Incomplete information.