The Races of Tyria trailer

The second Guild Wars 2 trailer, titled The Races of Tyria, premiered at December 4, 2009 through the Guild Wars 2 website, where it used to be available for watching and downloading. It features the five iconic heroes of each playable races: the human Captain Logan Thackeray, the charr Rytlock Brimstone, the norn Eir Stegalkin, the asura Zojja and the sylvari Caithe. 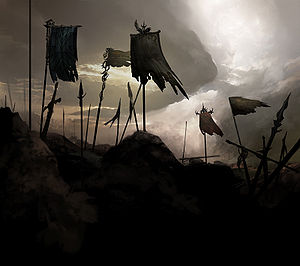 Zojja: "Ignorant clods."
Zojja: "I am Zojja, member in good standing of the College of Synergetics. I'm from Rata Sum."
Zojja: "We asura will tell you, victory is a matter of ingenuity, not muscle. Even magic is just a cog in the Eternal Alchemy."
Zojja: "Brain, not brawn, will change the world."

Caithe: "Magic is not a tool, little one. It is a river that unites us in its current."
Caithe: "I am one of the sylvari firstborn. Call me... Caithe."
Caithe: "In the Grove, we hear the land calling out for champions... We answer."
Caithe: "Evil threatens Tyria, but our Dream will guide us through darkness... to dawn." 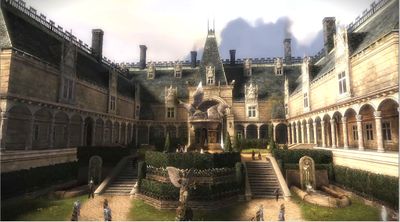 Screenshot from the trailer

A Q&A section with Ree Soesbee was released with the video, detailing its features:

Who are these characters in this video and what's their significance in the overall story of the game?

The characters in the video are the members of the famous adventuring group, Destiny's Edge, renowned for their bravery and skill. Although Destiny's Edge no longer travels together, tales of their heroic deeds are told in every part of Tyria.

You show off some very interesting environments in the Races of Tyria video. Can you tell us more about them?

The video takes us across the vastness of Tyria to the homelands of each of the five signature races of Guild Wars 2.

Some of the voices in this video seem familiar, can you identify the actors? How big is voice going to be in Guild Wars 2?

Seamlessly integrating voice into the game experience is a key feature of Guild Wars 2, so we have gathered world-class voice talent to help bring the world of Tyria alive. This video introduces the five iconic heroes of each race, all voiced by accomplished actors:

The video ends with the question, "What's your story?"- how important is story in Guild Wars 2?

Story is a huge element in Guild Wars 2. From the moment you choose your character's race, you're taking your first step down a road that only you can travel. You'll explore a vast, living world where your actions have real consequences. You'll immerse yourself in a rich, powerful narrative that is personalized to and influenced by your character.