The Guild Wars 2 Teaser Trailer, the first trailer of Guild Wars 2, premiered at the 2009 Gamescom event. After being exhibited in the show, the trailer was made available on the Guild Wars 2 website and may currently be seen and downloaded there. 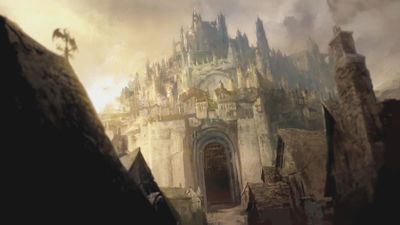 Concept art from the trailer

The Animated Part of the Video

The In-Game Part of the Video

The trailer displays multiple pieces of concept art, most of which are displayed in quick succession at the end of the movie. The images have been made available in their own category.