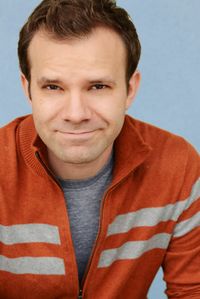 Liam O'Brien (May 28th, 1976) is a voice director, and the voice actor for the sylvari NPCs Gavin, Mender Serimon, Lachaidh and Tiachren, as well as the charr Smodur the Unflinching. He's best known for his role as Gaara of the Sand in Naruto, Captain Jushiro Ukitake in Bleach, War in the video game Darksiders, Vincent Law in Ergo Proxy, Yasuo the Unforgiven in League of Legends and Illidan Stormrage in the Warcraft game series (World of Warcraft: The Burning Crusade).