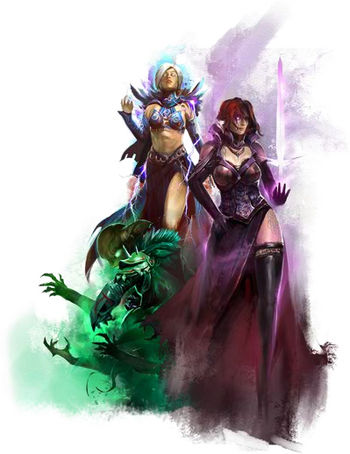 Scholar is a categorization for the three spell-casting professions. Being the most lightly armored, these professions are considered to fill traditional backline roles, but can also use martial weapons and can be built to be extremely efficient in close range combat. All scholars are practitioners and students of magic, an ancient art with which many are gifted, and which varies from control over life and death to manipulation of others and command over forces of nature itself.