It seems there's a revision battle going on about my existence.
You cannot deny me! Here, I'll even say it in red! The user Karuro exists!
Now witches? That's for when something else starts crying. 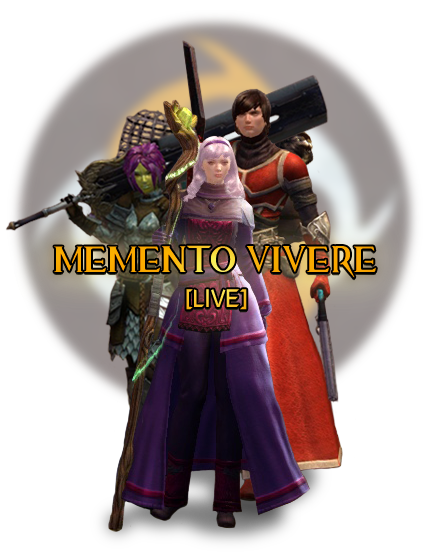 Much progress has been made this year.
Shortly after the brave, brave sylvari warrior, the wise, wise elementalist reached 80 too!
And since last week, the cousin of the late norn guardian Barney, reached 80 as well as he ventured through the dungeons of Tyria!
The plan was to progress through the levels alongside the story, but he had to take the dungeon path instead while waiting for the Writer-class Mage Lords to fix his adventure. The future became a giant mess after he joined the Pact.
You might have seen him. He's that manly norn sporting a dandy mustache, commonly seen in cappuccino-colored winter clothes. Though sometimes, for no reason at all, he shrinks into the size of a miniature..
While he decides whether to make his adventuring gear Ascended or Exotic, he currently sports the fashion of his exotic WvW gear.. That being, a phantom knight with a bat sword.

In other news, the sylvari warrior has vowed to put an end to Mordremoth's reign of terror! She was last seen in Dry Top with tendrils growing out of her back, fighting dust.....

Because I ignored SAB2, I could finally do my own thing again.
In this case, chopping people with a greatsword in WvW so she could level up from level 46, which she has been stuck at from before the Living Story started.
The elementalist is next, who's in the same boat with being in the early 40s (Level! Not age! That's silver hair!).

I'm tired. I don't want to zone into Lion's Arch. My feet hurt. I want my Loading Bar back.

What's up with that? I want gems, but not at this ridiculous exchange rate!

Scrap that. Had to grab a packpiece for the ol' Warrior.

He wore a skirt dyed pink.

You may blame the biweekly living story for that.

Though I still have trouble with actually drawing it how I want. Especially Charr and Norn..
Memento Vivere is the guild of the main characters. In game though, it's more of my personal vault..