This article is about the merchant selling Season One rewards. For other festival merchants, see Festival Rewards Vendor. 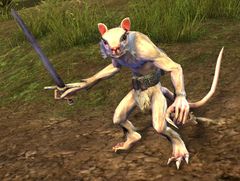 Four Winds Vendor is a merchant found in Hooligan's Route, selling items in exchange for Festival Tokens. Most of the items being sold were first offered during Season One of the Living Story.

Many of the items this vendor sells for festival tokens can also be bought from Laurel merchants for gold and laurels.