This is a guide to farming influence (

) by yourself, which can be converted to gold, among other resources.

I went through different stages of understanding how to search for bounties. I wrote this guide at while at stage 4. I don't recommend attempting this guide to anyone that hasn't reached stage 3.

How efficient is this? Assuming a 50% success rate on bounty trainings (more on this below), and that guild catapults sell at 1.5

for 5-15 minutes of work. However, note that this is time-gated by the build rate.

Killing bounty targets by yourself? Yes, it is possible, but it does require smart searching and a bit of luck. But yes, I do consider this next part the "secret sauce". Here's the plan:

Ever since the introduction of megaservers, guilds have been running into each other all the time doing guild missions. In NA, this is primarily the few hours after Guild Commendation credit is reset on Sunday 00:00 and secondarily during primetime on weekends. If you attempt bounty trainings during this time, you have a good chance of running into other players doing the same bounty. With other players around, getting the kill is trivial.

Death Rushing and Megaservers combine to give you a pretty solid chance of killing your target. However, make no mistake: You will not succeed with all of your bounty trainings. That is to be expected if you are doing this solo, or even with a few friends. However, this is still profitable in spite of that. In my experience doing solo bounties on a guardian, I get somewhere around a 50% success rate. Not convinced? Here is one of my influence farming guilds and this is my latest sequence of bounty training results as of August 10th, 2014.

The difficulty of each target depends on several factors:

These videos demonstrate how they can be killed.

There's a few other things to keep in mind.

If another guild is also looking for the target, coordinate with them. They will essentially be providing a free kill for you, so be nice! Be mindful of your remaining time though.

Don't underestimate random players wandering around! They tend to be curious and helpful, particularly in keeping aggro on the bounty. Thank them if they end up being instrumental to the kill!

Don't forget about server hopping if your current one is unfavorable and you believe other instances exist.

As always, ask in map chat if anyone has seen the target. Even if someone saw it x minutes ago, that narrows down its location a lot.

These should be all the barrels. It is completely possible to go through all of them with one player. 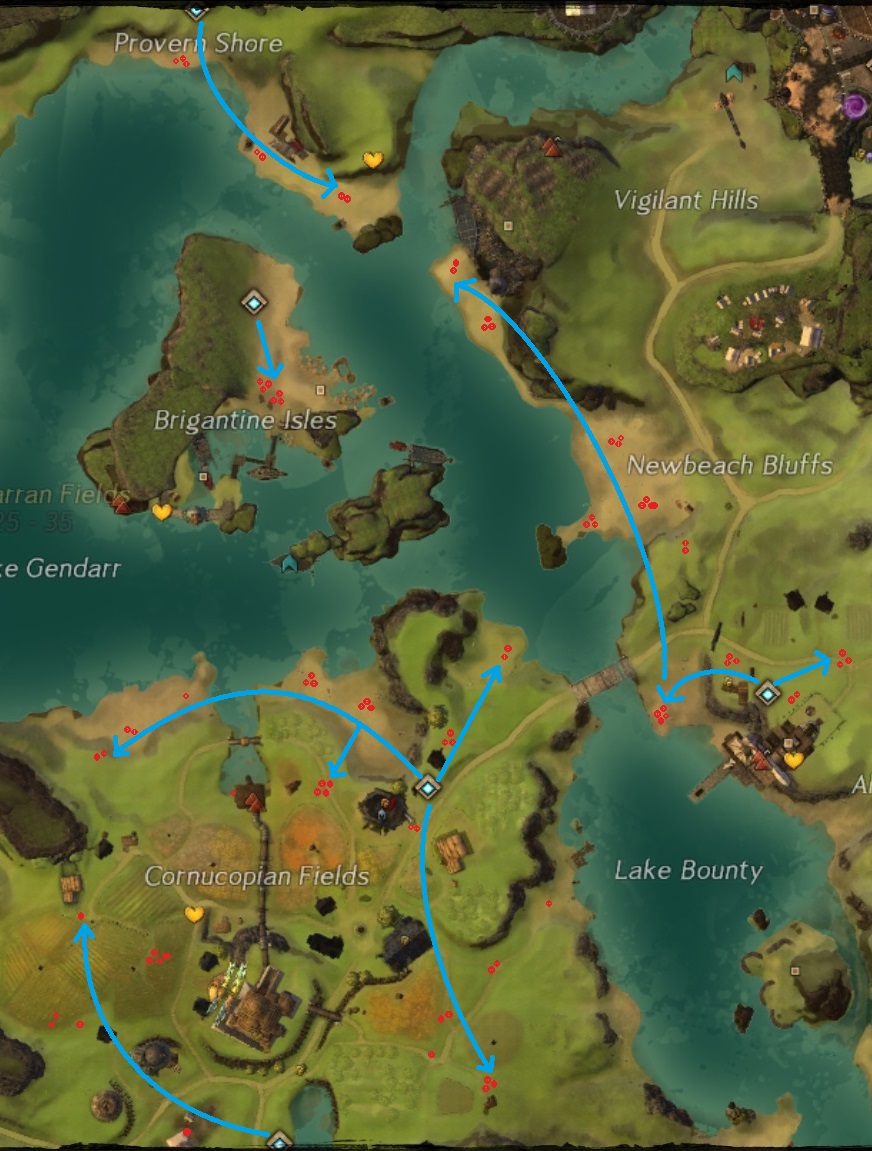 While suspicious rats move around, they don't wander far. This snapshot gives a good idea of their general location. 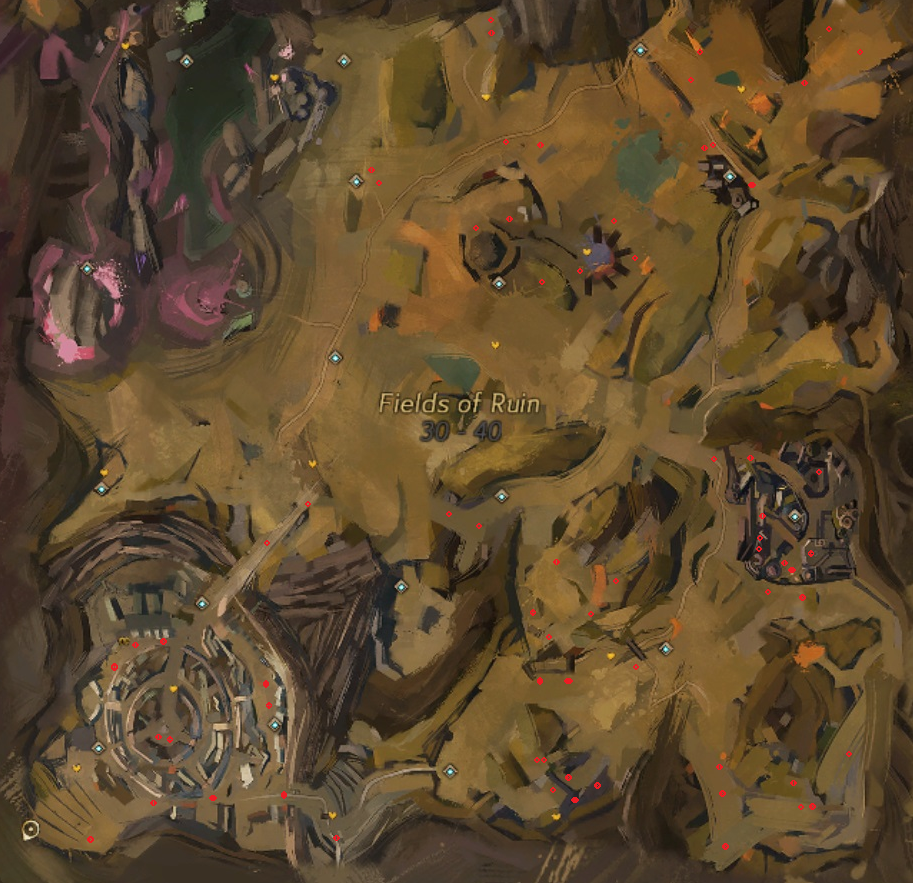 A small group can find Prisoner quickly with a coordinated effort (Worst-case is about 10 minutes to find, in theory. I've yet to see this method fail when at least 4 players are involved.): 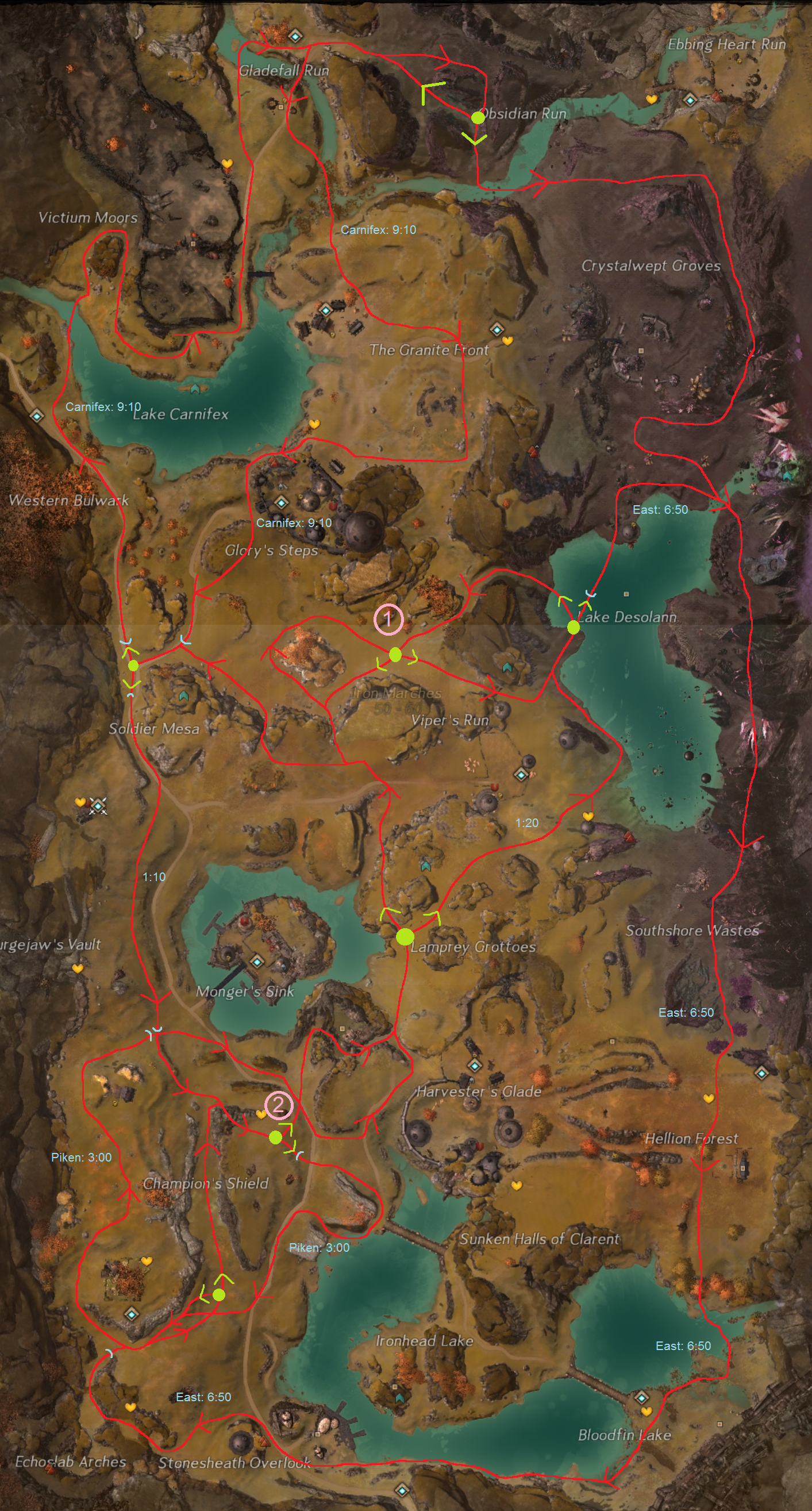