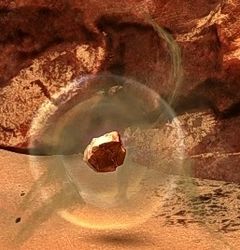 Grit is a rare elemental being similar to the Dust Monster that appears randomly on the southwest plateau of Prospect Valley.