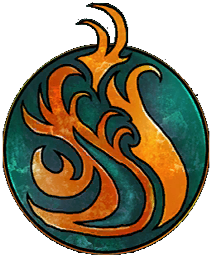 This article is about the Canthan humans. For the skill type, see Luxon.
Stub. Key elements of this lore article are incomplete. You can help the Guild Wars 2 Wiki by expanding it.
Reason: Add lore from EoD

Luxons were one of the two vassals of the Empire of the Dragon. Once skilled and important nomad merchants, they had to adapt to a new lifestyle following the Jade Wind, which anchored its great cargo ships in the now known Jade Sea. They were known for their deep rivalry with the Kurzicks, time before being completelly assimilated by the Canthan empire. Little of their culture remains today, although many customs and professions, such as Jade quarries and Siege Turtle breeding, still prevail in modern Cantha.

Though the Luxons' origin is unknown, it is however known that they were already nomadic people long before Cantha became unified as an Empire. They were persecuted under emperor Yian Zhao's rule, who ruthlessly commited mass executions of Luxon people. This persecution ended with the Luxons becoming a vassal clan of the Empire in 48 CC (462 BE): This was the price the Luxon paid in order to avoid more killings. It is believed that the source of the hatred between the Luxons and Kurzicks came from this time, as the Luxons armada went on to fight alongside the Imperial troops against the still independent Kurzicks.

During Emperor Angsiyan's reign, the Luxons and Kurzicks became more and more enveloped by the Empire through treaties, and were at peace with each other for a short time, until Shiro Tagachi slew the Emperor and the two vassals' champions, Archemorus and Saint Viktor. With their deaths, the war between the two vassals continued on and became even more intense with the loss of being able to gather their own food.

In 1527 CC (1017 AE), the Luxons and Kurzicks had openly declared war with each other. Although it was well known to be war long before, the so called 'unofficial skirmishes' that constantly occurred became official acts of war.

However, in 1568 CC (1058 AE), the all out acts of war returned to borderline skirmishes due to Emperor Kisu creating and signing new treaties with the Kurzick leaders.

In 1582 CC (1072 AE), the Luxons found a temporary peace with the Kurzicks once more due to Shiro Tagachi's return and the newest threat to all of Cantha. This peace did not last long though, and fighting quickly resumed shortly after Shiro's second death.

Shiro's defeat led to the rise to power of the Ministry of Purity, who undertook a campaign of total assimilation against the different peoples and cultures of Cantha. Like the Kurzicks, the Luxons fought against them. The war ended with Luxon surrender in 1637 CC,[1] and they ceased to exist as an independent nation.

They made heavy use of Leviathan ships, mobile fortresses shaped like sea creatures that moved along the petrified sea.

The Luxons believe not only in the gods, but also three demigods known as the Three Queens—Alua, Elora, and Ione—which was also a title used to refer to the three female captains of the Luxon Armada during the time of Shiro Tagachi's return.[2] Some priests believe that the Three Queens will be eventually reborn and lead their people into a new, great era.[3] Among the Six Gods, the Luxons saw Balthazar, Grenth, and Lyssa as their patron gods,[4]

The Luxons were led by a Council of Elders who met every year to modify and improve their legal system. The Council of Elders was led by the leaders of three clans: The Turtle Clan, the Serpent Clan, and the Crab Clan. Criminals and thieves among their territories were executed via gladitorial games. Disputes were also settled through combat, and Luxons who fell out of grace were outcasted from their society.

While Northern Canthans' names follow a mixture of both Western and Asian naming practices and Asian names, Luxons usually bear a mix of Greek and Asian names, though the influence of the Greek side is less prominent with the assimilation of Luxons into the society.