This article is about zone portals. For other uses, see Portal.
Stub. Key elements of this game mechanics article are incomplete. You can help the Guild Wars 2 Wiki by expanding it.
Reason: Missing more relevant screenshots, article links 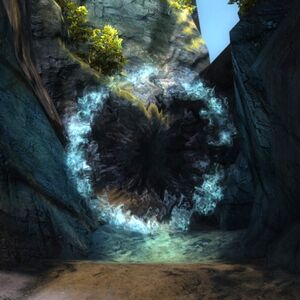 A zone portal is a specific place which marks the end of a map, allowing access to another map. Instanced areas are usually not entered through portals, but by interacting with an object.