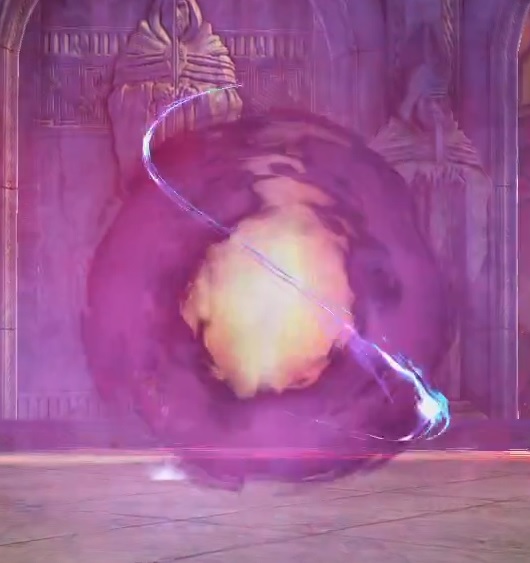 The Exquisite Conjunctions are immobile hostile orbs which appear during the Xera boss encounter. Three of them spawn on each side of the platforms during the initial first puzzle phase; Three of them also spawn during the second puzzle phase, when Xera reaches 40% health. The objective is the same for both phases, to pull/push each of the orbs through the Unstable Ley Rifts to remove the Bloodstone Protection from the Bloodstone Fragment, allowing the players to destroy it.

Any physical attacks will be able to push or pull the conjunction. The small 'push' effect on the conjunction by attacks has an approximate 1 second cooldown and will not be moved during its cooldown period unless from a knockback or pull attack.