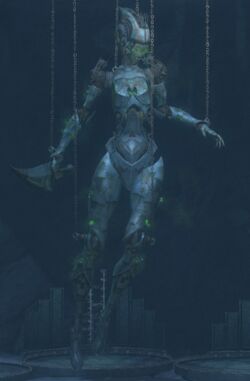 Their first appearance came shortly after the original watchknights were revealed, during Queen Jennah's jubilee. Scarlet took over the watchknights participating in the festivities, transforming them into Twisted Watchworks to attack the city. They made further appearances since then, becoming a recurrent weapon for Scarlet's Alliance.

They were capable of creating new creatures using the remains of destroyed allies, which had to be manually cleaned out to prevent this. Some were even capable of combining to make stronger creatures.