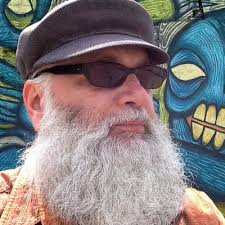 Stanley James LePard (August 10, 1956 - February 11, 2021) was a composer and orchestrator known for his contributions to the Halo series, the Destiny series, the Age of Empires series, Microsoft Flight Simulator X, Windows XP Installation Music and many other video games and interactive media. His work in Guild Wars 2 mostly involved creating musical pieces, under the musical direction of Maclaine Diemer and Chris Burgess, for the major updates, such as the Shadow of the Mad King, The Lost Shores and Wintersday.

He also contributed to the new themes and musics present in the Living Story Season 1, Season 2, Season 3, Season 4, Guild Wars 2: Heart of Thorns, Guild Wars 2: Path of Fire and The Icebrood Saga.

He was a producer of three Metal Legion songs in Prologue: Bound by Blood.