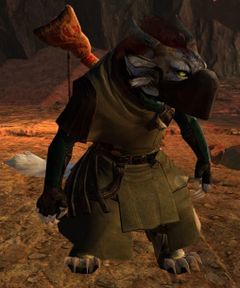 Mercenary Snipers are mercenaries found in the Mercenary base located in Heathen's Hold and around the lava pools in Balthazar's Reliquary.

Section-stub. This key section of the article is incomplete. You can help the Guild Wars 2 Wiki by expanding it.
Reason: Missing drops