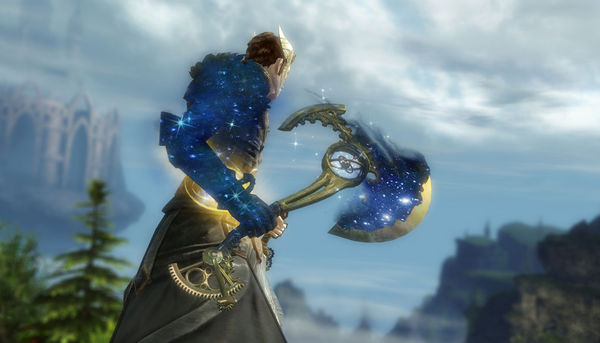 We've already told you about our new system that allows you to build your own precursor weapon through a series of Masteries, collections, and crafting recipes in this blog post. What we haven't told you yet is how that journey continues with our second set of legendary weapons, and how we're shaking up that last step in your legendary journey for Guild Wars 2: Heart of Thorns™. We're about to talk about that, along with the release schedule for the weapons of the second set and sneak peeks at the first three to be released.

When we decided to take on this project, we really wanted to take a look at the way players craft legendary weapons as a complete system moving forward, not just the way precursor weapons are acquired. The first step was making the journey an account-based experience from top to bottom. Then we wanted to shift some areas to take full advantage of the new Guild Wars 2: Heart of Thorns features and content.

A legendary weapon recipe from the second set is comprised of a specific precursor weapon, the new Gift of Maguuma Mastery, a Mystic Tribute, and a unique gift associated with the legendary weapon being made.

The acquisition of precursors in future legendary weapon sets will—like most things about new legendary weapons—be mostly the same as the ones in our first set, but with adjustments. The two differences here are that all precursors for future sets will only be acquired through the precursor crafting journey, and unlike existing precursors, future precursors will not be dropped anywhere in the game. Furthermore, each of the three tiers of precursors from the second set of legendary weapons will have gameplay content and material requirements that can only be fulfilled in the Maguuma Jungle in addition to the places they take you in Central Tyria.

The Gift of Mastery has always been a reward for playing the game a lot and seeing the world. The Gift of Maguuma Mastery is no different—but with the exception of the required Bloodstone Shard, the ingredients are all about playing in Guild Wars 2: Heart of Thorns. For this gift, your dedication to the game will be tested: you'll need materials that can only be acquired after completing all of the Heart of Maguuma Masteries, map completion of the expansion zones, and a lot of each of the map-specific currencies.

The Mystic Tribute is a new version of the Gift of Fortune and contains a greater variety of trophies and mystic objects than the Gift of Fortune. That is particularly true of the trophies that will be required for it. Trophies are a large part of our economy that can always benefit from additional uses so that the demand will match the supply on the trading post. Guild Wars 2: Heart of Thorns is bringing a major update to the acquisition of trophies with the addition of the map bonuses system. Map bonuses will give players a whole new layer of activity in Central Tyria as they will be hunting down which maps reward the materials they most desire. This ability to easily target your material gathering needs will not only help keep our core game world a fun and rewarding place for players to enjoy in the future, but it will also mean an economic shift in the abundance of these materials. In order to keep these material markets stable in the long term, it is important to also do what we can to increase the demand at the same time. You can read more about that in this blog post from our economist, John Smith. 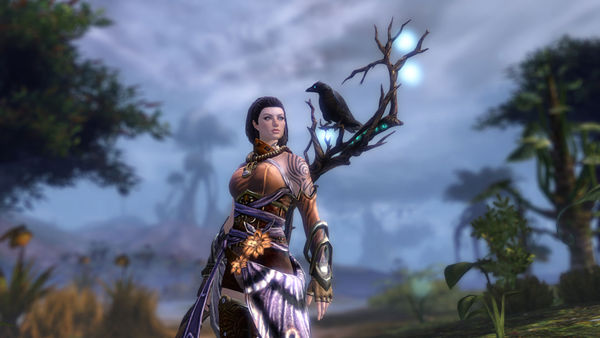 The final gift needed is one named for the legendary weapon you're crafting. This gift will continue to require Icy Runestones and a gift comprised of various materials, but it will also require a new Gift of the Mists in addition to a unique weapon-themed gift, which has received the biggest shake-up of all.

The final piece to this puzzle is the uniquely themed gift for each legendary weapon. For the original set of twenty legendary weapons, this gift is comprised of a gift of dungeon tokens and a quantity of loosely related items or materials. For future sets of legendary weapons, this gift will only come from a large collection achievement that is unlocked after completing the collections and recipes associated with crafting your precursor weapon. This fourth collection is a continuation of the themed journey that was in the first three precursor collections, and it will take roughly the same amount of effort that those three required combined. This penultimate step in a legendary weapon journey is really the peak in terms of lore and flavor. After its completion, all that's left is the final crafting steps to become the wielder of that legendary weapon. 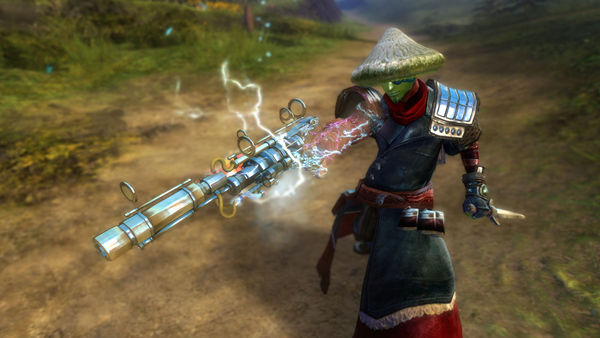 The Birth of a Second Generation

Guild Wars 2: Heart of Thorns heralds the beginning of the first new set of legendary weapons to be added to the game since its original set of twenty included in the launch of Guild Wars 2. The first three we'll release are a celestially themed axe called Astralaria, an experimental energy themed pistol called H.O.P.E., and a raven spirit themed staff called Nevermore. It takes a lot of work to craft these legendary journeys for release, so rather than take the time to develop the full set before releasing any of them, we will be releasing new legendary weapons in small groups at regular intervals until the full set of sixteen has been added to the game. Collections for the existing legendary weapons will be available on launch day, while the first three new legendaries will become available shortly after launch, alongside raids.

Building this legendary system has been a monumental task. Finally getting to the point where we are able to tell you exactly how this system works and show off these beautiful new weapons that our amazing artists made is beyond exciting! Almost three years ago, we started talking about what we wanted crafting a legendary weapon to be in the future when we were ready to start releasing new ones, in addition to what kind of basis there should be for crafting any legendary weapon, armor, or trinket in the future. Item collections were secretly our first step as we designed that system with legendary crafting in mind, knowing that eventually we would use it as the bones to build legendary journeys upon. 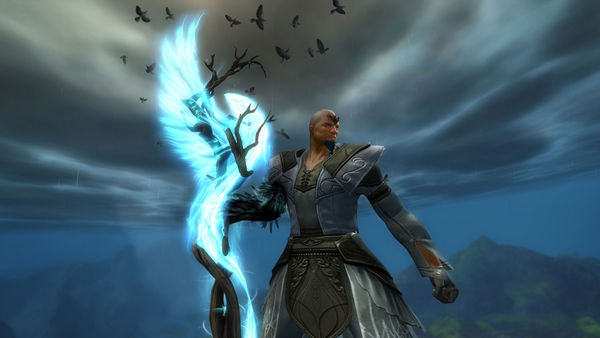 As we began building on that foundation, our original plans were rather grand. After a few iterations, a lot of lessons learned, dozens and dozens of meetings, multiple movements of the team to different office pods, and one full day offsite with a group of designers locked in a room with a whiteboard, we were ready to start prototyping. With our timeframe to the launch of the expansion, and the sheer size of this project—in which we would build precursor crafting for the core twenty legendary weapons in addition to setting up the new system for crafting a legendary weapon—we needed to have really solid preproduction and work as efficiently as possible. By the time we were able to start implementing, we were all really pleased with what we had laid out. From brainstorming to testing and bug fixing, building everything for a new legendary weapon reasonably takes about a month, not including the art for the weapon. That's about a week per themed collection and a week for the economics, recipes and other random tasks. When you do the math for twenty existing precursors and three brand new weapons, plus development time at the front end for the base system...let's just say that we had to get clever to get everything done to the high quality bar we were setting.

It may feel like it has taken us a long time to get to this point, but it was a Herculean effort by a lot of really talented designers, artists, and programmers to do it. I am ridiculously proud of what we have made. I can't wait for you to see it.