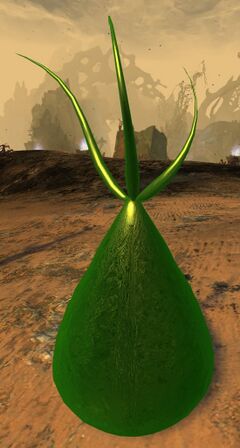 The United Ooze is a large ooze that can only be encountered in Citadel of Flame (explorable) during the optional objective "Slay the oppressive Ooze Royalty", accessible during Paths 1 (Ferrah) and 3 (Rhiannon).

Once the Ooze King and the Ooze Queen have been reduced to 50% health, they will go invulnerable and disappear. Then, the United Ooze will appear. He summons minion oozes throughout the fight and has a decent health pool.

Getting there from Path 1