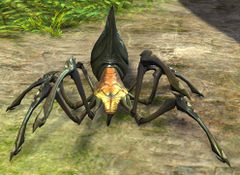 Malrona is a powerful spider boss found within Twilight Arbor. She spawns after defeating several groups of spider enemies within her chamber. Defeating Malrona creates a waypoint and a chest.