The Art of Guild Wars 2 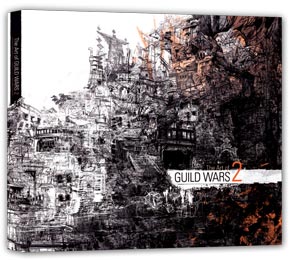 It is with a great deal of appreciation for all you art-loving gamers, whether devoted fans or newcomers to the genre, that our team has assembled this collection of illustrations as a sneak peek into the crafting process behind the visually stunning world of Guild Wars2. We're not making it easy for ourselves. Aiming to vastly surpass the success of the first game, we have to deliver a broader, deeper, richer, and even more epic experience. The opportunity to share with you some glimpses of this exciting endeavor means a lot to us, with its monumental challenges and the unparalleled satisfaction of conquering them one by one.

We don't regard concept art as blueprints to be slavishly reproduced, but rather as an inspirational starting point for our amazingly creative production artists. Multiple layers of personal contributions are expected and encouraged, sometimes leading to significant deviations from the initial idea, but always adding depth and richness.

We invite you to retrace our intimate, occasionally convoluted thinking patters and hope that the emotions we experienced along the ride will resonate with you. For the remaining duration of the development cycle, get high with us on the harmless, yet oh-so-addicting drug of our choice: art.

Above all, set your expectations high. You will not be disappointed.

The Art of Guild Wars 2 is a 128 page hardbound artbook filled with numerous concept art pieces from Guild Wars 2 by Daniel Dociu, Kekai Kotaki, Jaime Jones and many others. It is a stand-alone book and is not included in the Guild Wars 2 Collector's Edition which instead included The Making of Guild Wars 2.

It premiered at Penny Arcade Expo 2009, where a limited number of these were distributed among fans. North American fans could purchase The Art of Guild Wars 2 online via the Penny Arcade store, and European fans could buy it via the NCsoft Merchandise store.

The book right now is out of print and ArenaNet hasn't released any info on whether they are planning to republish it.