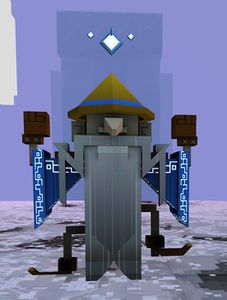 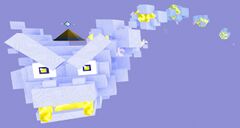 The true form of the Storm Wizard.

I'm the STORM WIZARD. You can't evade my wrath!

The Storm Wizard is the the end boss of Storm Top and the final boss of World 2 in Super Adventure Box. During Tribulation Mode, he is aided by Lightning Balls which spawn and chase after players. Once defeated, he unleashes his second and final form, that of a dragon, and his health doubles from his base form. In this form it is revealed why he is called the Storm Wizard as he summons Lightning Balls, strikes the outside platforms with lightning bolts, and fires a lightning attack.