This article is about the object in Spirit Vale. For other journals, see Journal. 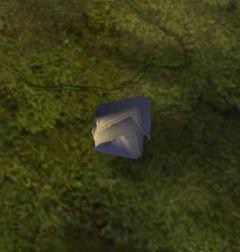 There are thirteen bandit journal entries scattered around Spirit Vale. They hint at the bandits' operations within the Forsaken Thicket.