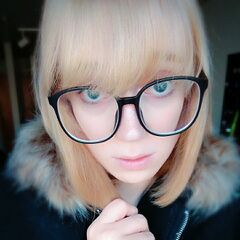 I like to tell stories. As a kid, I wrote them down on teddy bear stationary, sometimes sang or recorded them on reel-to-reel in my dad's studio. Given my early love of music and a childhood spent singing professionally in choirs, going to school for composition made perfect sense.

At Cornish, I developed the tools necessary to tell my stories. I studied theory and counterpoint with some of the most talented composers in the pacific northwest. I collaborated with choreographers and awe-inspiring dancers, and wrote student pieces for the Seattle Chamber Players, the Saint Helens String Quartet, and others.

In 2012, I received the career-defining opportunity to compose for award-winning PC game Guild Wars 2. I've contributed ever since, and was co-composer for the game's first expansion, Heart of Thorns, as well as the retro-style Super Adventure Box. I've also composed for indie survival RPG Dead State, and classroom education software Music Madness among others.

As a writer, I am the published author of City of Tigers, book one in the continuing series Under the Sunstone. I'm continually working on new things, and write at irregular intervals at my blog The Immerse.

Lena Raine, also known as Lena Chappelle, is an American composer and producer. Raine is best known for her work on the soundtracks of Celeste and Guild Wars 2. She has composed music for various other video games, including Minecraft, Deltarune, and Chicory: A Colorful Tale.

Lena was a QA Developer, game designer and in-house composer at ArenaNet, having worked on the core game, Heart of Thorns, and on the Path of Fire expansion as a quest designer[2]. She left ArenaNet on August 13th, 2016 to pursue a career as a full-time freelance composer.[3].

Since 2017, she has returned to ArenaNet on numerous occasions, composing music for Living World Season 4, and more recently the End of Dragons expansion.[4]