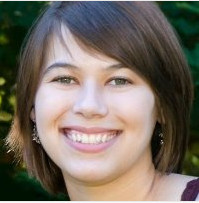 Kate Pfeilschiefter is a Concept Artist and a part of the Art Team at ArenaNet. She was part of the team that designed the Mounts for the Path of Fire expansion. She was one of the primary designers behind the Griffon mount's default appearance.

She has worked primarily as a Freelance Illustrator, and is currently employed by ArenaNet as a Creature Artist (Jun 2015-Present)