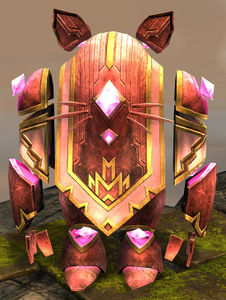 CHOP K1T-B is an upgraded version of the CHOP K1T-A golem in the Chaos Isles fractal. It spawns together with BLIGHT K1T-B, DOC K1T-B and PLINK K1T-B after the Chaos Anomaly reaches 75% health.