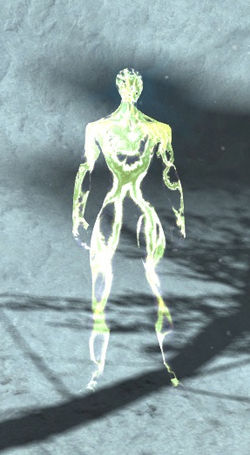 An anomalous vision is a player-specific NPC that appears randomly for individual players. They begin to appear after the player encounters a Legendary Ley-Line Anomaly, and can be stopped by completing the Burden of Choice achievement.

When an anomalous vision appears, its presence is announced with a sound effect similar to a thunderclap. It will appear a random distance from the player on the surrounding terrain, often not in the direction the player is looking, and will disappear after a short time.