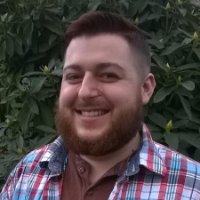 Crystal Reid telling me to shut-up and suck less (or something to that effect):D.

Trevor Bennett was a gameplay programmer at ArenaNet, part of the Guild Wars 2 Raids Team. Prior to his involvement in the raid team Benett wrote code for player facing problems, miscellaneous tech in the Heart of Maguuma, and scripts allowing other developers to implement their idea quicker. He is also responsible for a previous party log overhaul indicating who had kicked players from a party.

As part of the Raids team, Bennett is responsible for developing the initial raid instancing to allow for 10 man squads, alongside with checkpoints, and forcing players to remain in combat during an encounter. Other projects have also involved on improving the Squad UI and the commander marker functionality.

He left ArenaNet in November 2019 to work on Destiny 2 at Bungie.