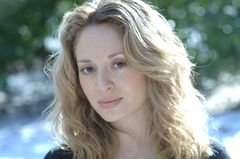 Kate Miller (October 24th, 1969) is the voice actress for the human Commander Serentine, and was the voice actress for the female charr player character until the release of War Eternal.[1][2] Kate has been promo voice and narrator for Animal Planet, Discovery Channel, HBO, MTV, VH1, and Lifetime to name a few. She's also the voice of Debbie Dupree in Adam Reed's Sealab 2021 and Grace Ryan in Frisky Dingo, both series for the Cartoon Network/Adult Swim, as well as sundry roles on Dora The Explorer. She can also be heard in many video games, such as Manhunt, Red Faction: Guerrilla, Final Fantasy and World of Warcraft.