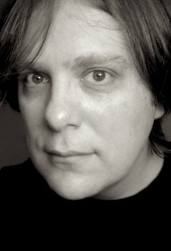 Jeremy Soule is an American composer of soundtracks for film, television and video games. He has won multiple awards and has been described as the "John Williams of video game music" and "a model of success" for Western composers. He has composed soundtracks for over 60 games and over a dozen other works during his career. He is best known for his work in The Elder Scrolls series, the Guild Wars series, and several other top-selling titles such as Total Annihilation, Neverwinter Nights, Dungeon Siege and Harry Potter.

Soule's work in Guild Wars could be acquired via DirectSong, and his work on Guild Wars 2 could be found on the official website, however both pages are unavailable as of now. A while after Guild Wars 2's release, he signed an exclusivity agreement with Everquest, meaning he will not be returning to compose for Guild Wars in the future[1]. With the advent of the Living World, much of the new music added to the game has instead been composed by Maclaine Diemer, Lena Chappelle and Stan LePard.