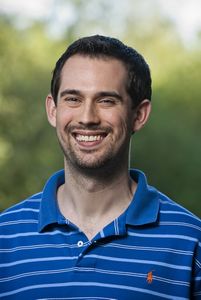 Colin Johanson lead the development team that is responsible for building the content for Guild Wars 2, driving the direction and production of the games event system, personal character story, and all other content types within the game. He has produced content for Guild Wars Prophecies, Factions, Nightfall, Eye of the North and was the Lead Designer on the Guild Wars: Bonus Mission Pack campaign. A game industry veteran with more than 13 years of experience, Johanson worked for Mythic Entertainment (now EA Mythic), Zipper Interactive, Games Workshop, and Interworld Productions for America Online’s game channel prior to joining ArenaNet. Colin prefers not to swing a sword again and again.

Colin Johanson is the current Studio Director at Arenanet alongside John Taylor.[1] He left the company in early 2016 and returned in 2021. Johanson has been working in the game industry since 1997, first working for Mythic Entertainment (previously Interworld Productions, now BioWare Mythic) and has also worked for Zipper Interactive as well as Games Workshop.