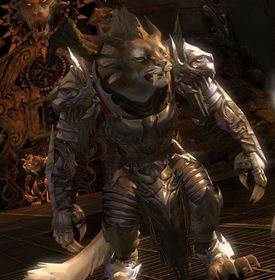 Asagai was an Iron Legion gladium, a blacksmith, expert sniper, and demolitionist. It was said that she could tell by feel if a firearm was assembled improperly, and correct a misaligned site by listening to the sound of it firing. In 1313 AE, Ceara had convinced Asagai to teach her how to properly use a rifle. Ceara left her after studying for two years.[1]

When Ceara had approached her, Asagai was already very old, and had disappeared shortly after Ceara's departure. It is believed that the disappearance was due to Asagai going on her final patrol.[2]