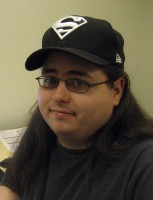 William Fairfield began working in the game industry as a tester for the xBox 360 pre-launch. He spent his formative years testing for Microsoft Gaming Studios and Foundation 9 Entertainment. He started in QA at ArenaNet and worked his way into Design. He is currently working on the Dungeon Team. Will has been known as Willapedia for his extensive knowledge of completely useless things.