Cleopatra Aegyptus is a close approximation of the so-far absent Paragons, a Guardian.

Dances In Dungeons broke with tradition to become a Mesmer, but will continue to dance in dungeons.

Belisarius Deka, lamenting the disappearance of Dervishes, is an Engineer.

Kylarina successfully made the long trek from Candara or Astrub to become an Elementalist now that a Guild Wars game allows one-word character names. 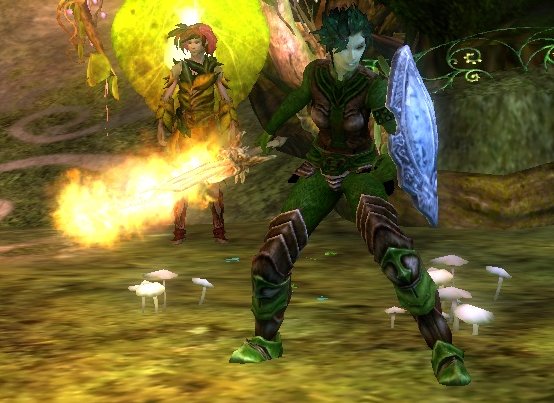 Juiz La Cachée makes her first appearance, filling out the list of classes with a Ranger.

Akarius Fitzbardolf travels from mediaeval England to Tyria to become a Ranger. If this game offered custom vanity titles, Akarius would pick Lord of Ravensworth.

They say that Guardians take the role previously occupied by Paragons, but let's take a closer look at what they can do.