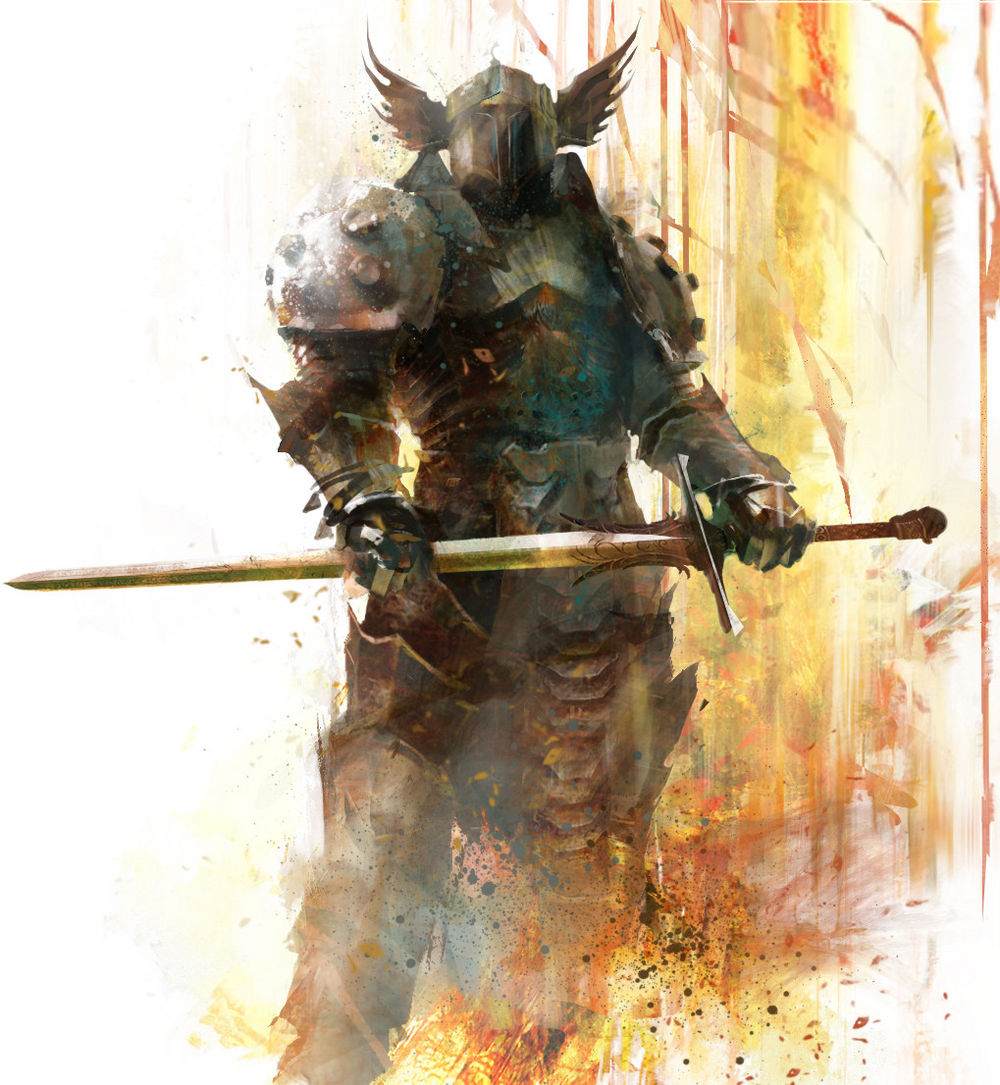 Originally an elite Guild Wars PvP'er back in the days before factions, I was always very partial to the warrior. The warrior was the most important element (on par with the monks I would argue) of a balanced team.

Playing a warrior was easy, but playing a good warrior was not. I hope that the increased amount of life (and duration of battles) in Guild Wars 2 does not take away from the excitement that is swapping from pressure to spike in a heartbeat. Nothing was more fun than two warriors pressuring the enemy team, inconspicuously making their way towards a squishy target, then spiking it with a full arsenal of skills while an enemy monk was wondering which skill to use first because he was recently Diversion'ed as the spike begins! Ah, fun times.

It sounds as if the combat will be a lot more drawn out in Guild Wars 2, but nonetheless I hope that Warriors still have the importance they did in Guild Wars 1. Because after all, I want to pwn face. :)

Currently I weep over the various fools on GW2Guru forums who don't comprehend how a game works and yet feel like their complaints are justified. When I'm not contemplating developing an application that punches them in the face over the internet, I'm hypocritically whining about things on my blog, or praising the demigods at ArenaNET. Check it out!

What I (really) Do

This summer I'll be finishing an internship as a software developer at Microsoft in Bellevue, WA. Guess where ArenaNET is located? :O I'm going to do my best to somehow score a chat with a developer and see if I have what it takes to work there! I graduate from my Bachelor's of Computer Science with a focus on Game Development in January 2012.

I'm also Canadian, eh, though I was born and lived in Romania for 8 years :) If you want to learn more about me, feel free to watch this short, 20 second video