From Guild Wars 2 Wiki
Jump to: navigation, search
Stub. Key elements of this article are incomplete. You can help the Guild Wars 2 Wiki by expanding it.
Reason: list a reason for this tag, otherwise remove tag 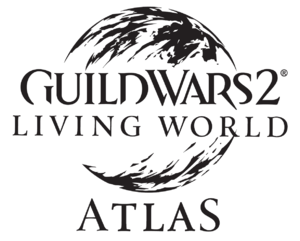 The Living World Atlas was an interactive map containing art, audio, and videos from the Living World. It also contained hints for the final portion of Season 1 of the Living Story, Battle for Lion's Arch. The link to the atlas was removed from the guildwars2.com on July 29th or 30th 2014, and the url turned into a redirect on July 31st 2014. Former url.

The latest archive.org version, here, is from 4:17:10 Jul 3, 2014 and does not render which seems to be due to the CDN files no longer being hosted and not being archived. The only difference observed between this version and the first version available on archive.org from 3:45:19 Mar 5, 2014 is an alteration to the New Relic analytics JavaScript. This is presumably possible because this page only loaded some JavaScript that actually rendered the whole user experience. The following is everything of note from viewing the source of the Jul 3, 2014 archived page.

The starting view displayed the whole world map. Using the magnifying lens-like tool zoomed in on a smaller area. After displaying a secret, it was added to a "photo album" and could be reviewed later. Secrets could be discovered by:

(added around March 18, 2014)
(These captions are not necessarily in the same order as the list of coordinates.)