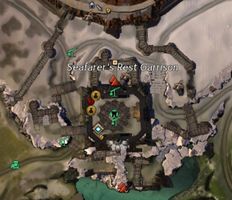 Green World Garrison Waypoint — (has to be built)

East of the mystic forge, climb up the ramp and then the wooden beam at the top. Jump north across to the rotunda and climb the remaining ramps over to the vista.

Head south through the garrison, emerge through the portal to the left of the gate. The vista is now directly in front and slightly below you, on the edge of a rock jutting out over the lake. 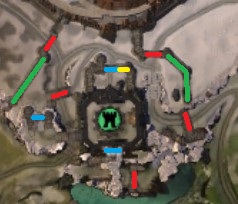