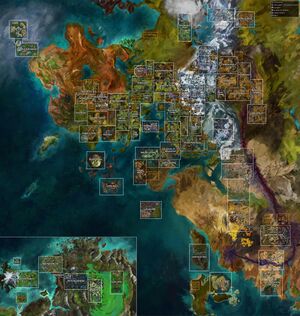 A zone, also referred to as a map or explorable zone, is a type of location. Zones encompass a number of smaller areas; multiple zones form a region.

Each zone comes with its own set of activities and objectives. In addition to the dynamic events populated in its borders, five measures of completion are specifically associated with a zone: 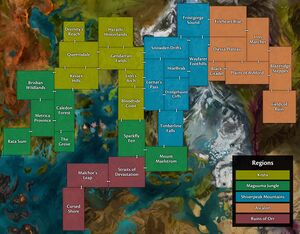 For the differences between mechanical and geographical regions, see Region.